let me try to catch up a  bit.

From this point on everything here will be new content to this site.

I have been working pretty hard at this stuff, a LOT of failures but things are starting to turn around. Im not just taking 10 hour of timelapse of a plant under a simple light. I am running day/night cycles, watering times, all this is being orchestrated by the BCM which will change the entire lighting scheme just before it snaps a picture. I am also bringing movement into this, and to top it off i am trying to grow carnivorous plants in a basement in Colorado.

To call this ambitious is somewhat reserved. So cut me some slack 😉

SO i knew i needed to only use distilled water, and to use pete/sphagnum mix. The problem was the mix had fertilizer which kills flytraps. Also, i was using tap water in the fogger. the minerals and additives in the tap water are not removed when the mist is formed, so basically i blew a toxic cloud of poisonous gas on the poor thing.

So i got some more flytraps, and managed to kill the next one as well. Once again to the Peat/sphagnum mix. Not untill yesterday did i noticed it had miracle grow additives. I did not even bother to stitch it together in a timelapse, the eMotimo i was using wasnt working right for me, probably my fault. And the keyframing on my chronos rail got wonky on me. Sometimes things just go to shit, not much you can do but take notes and learn.

So I had one flytrap left.  I figured it was a good idea to leave it be for now.

So i did this instead. 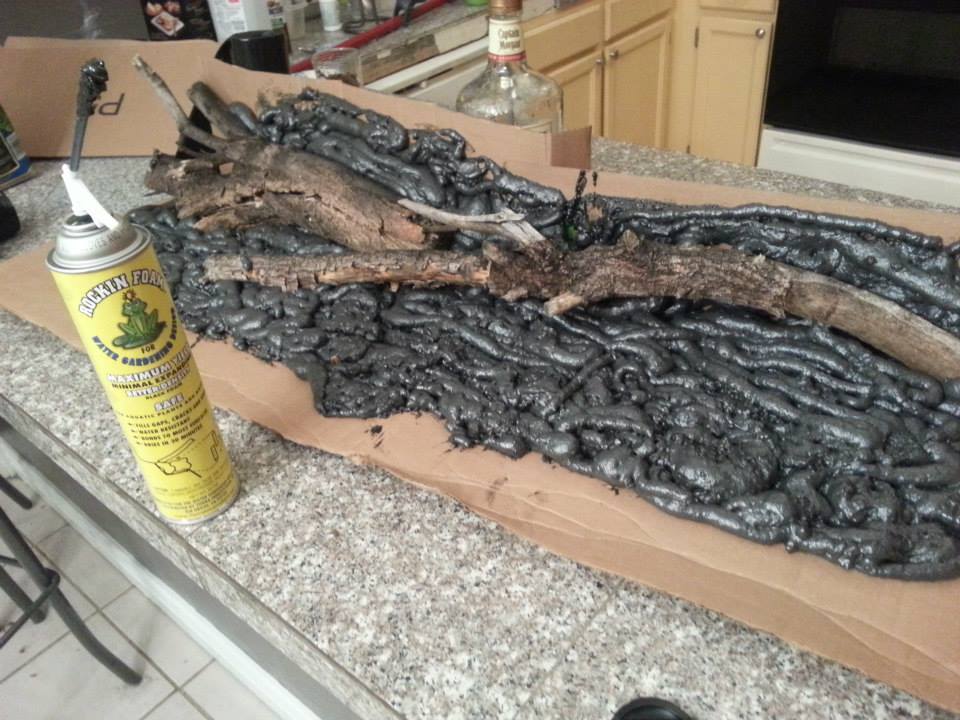 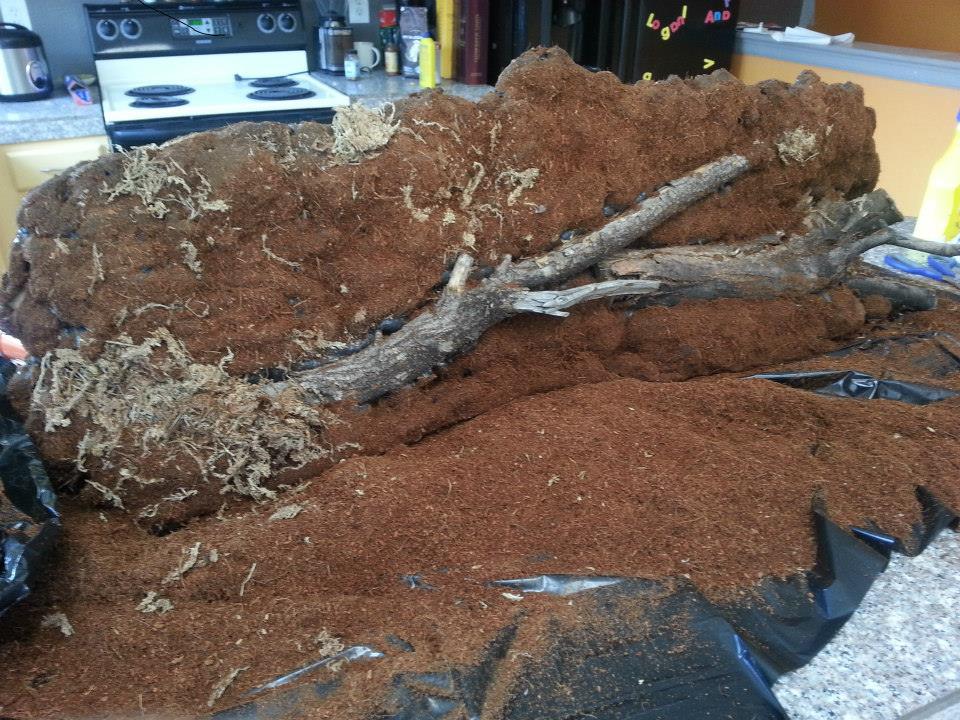 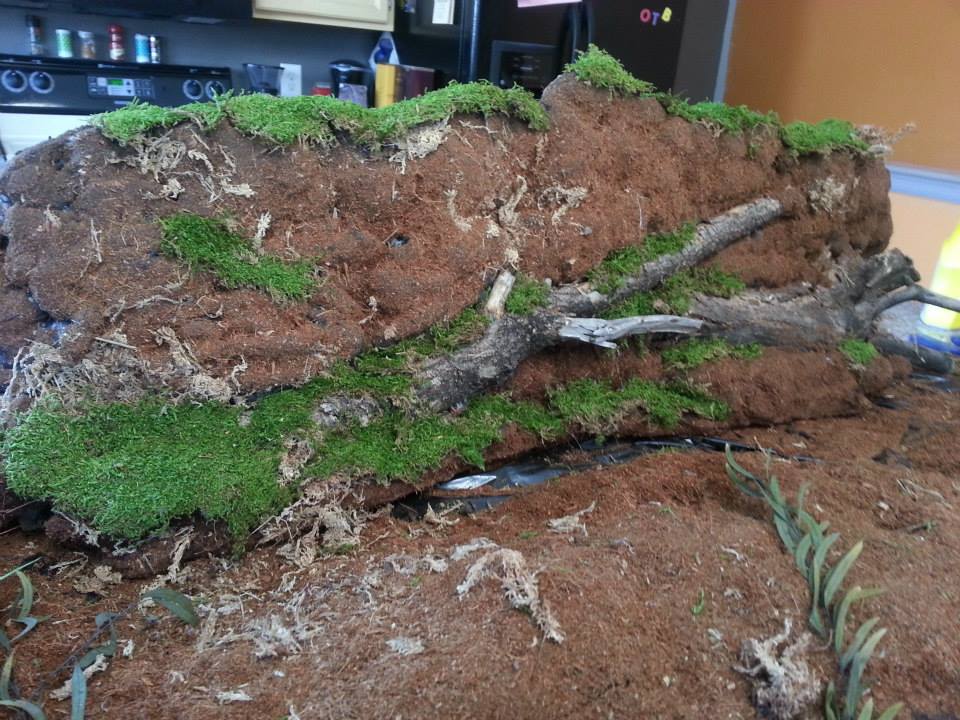 i really did not expect it to look anywhere this good. I am already planning out the next one, which will be a full set with multiple tiers, watering system, etc, but this one is more than enough to do some shooting with. 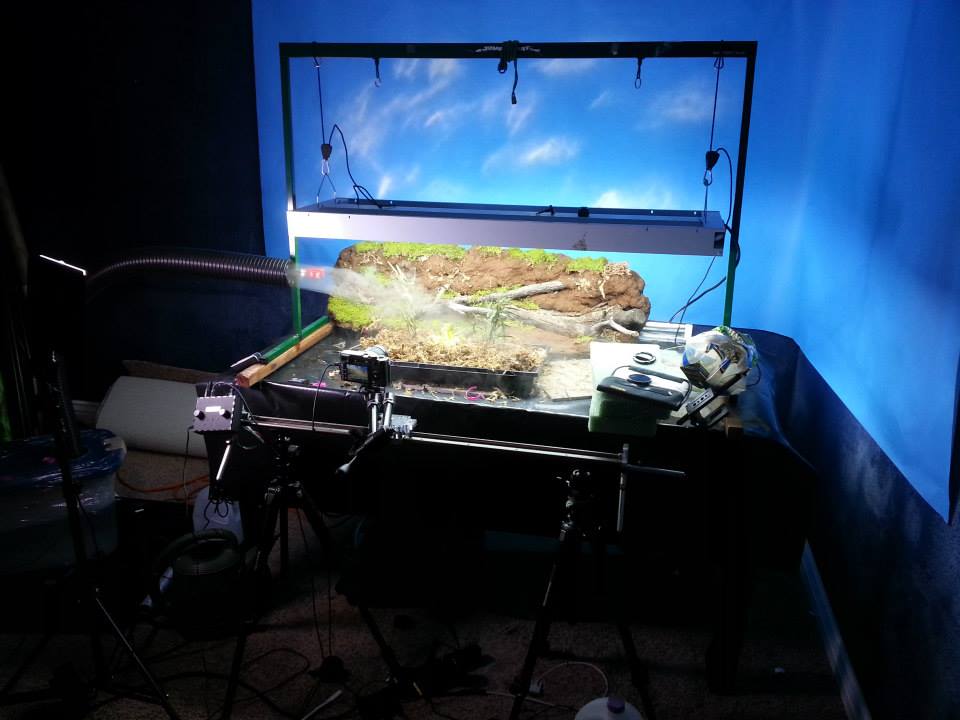 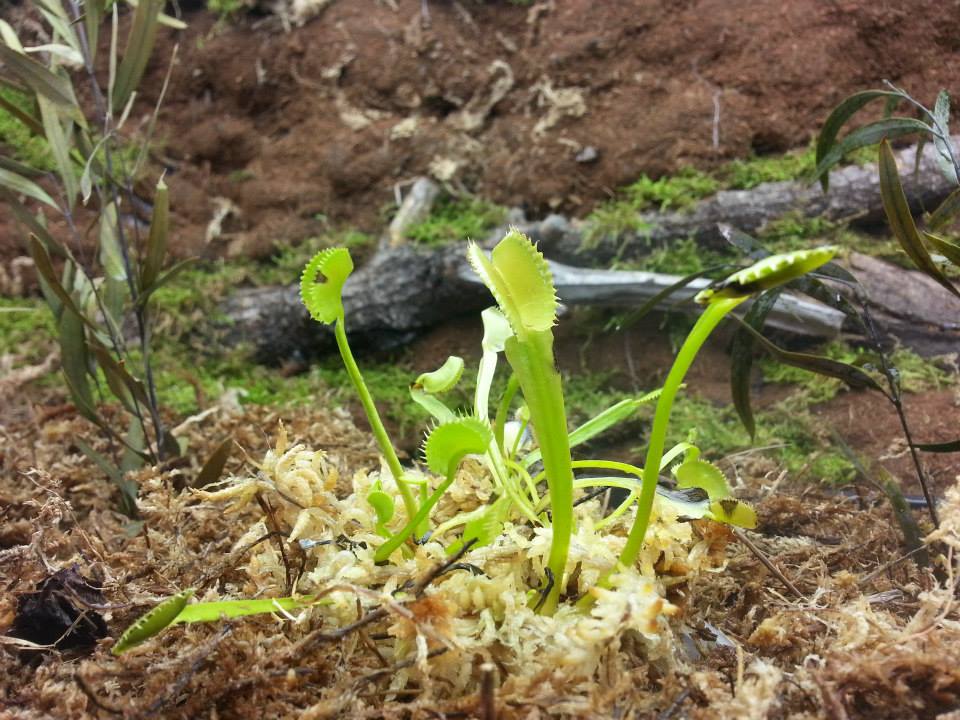 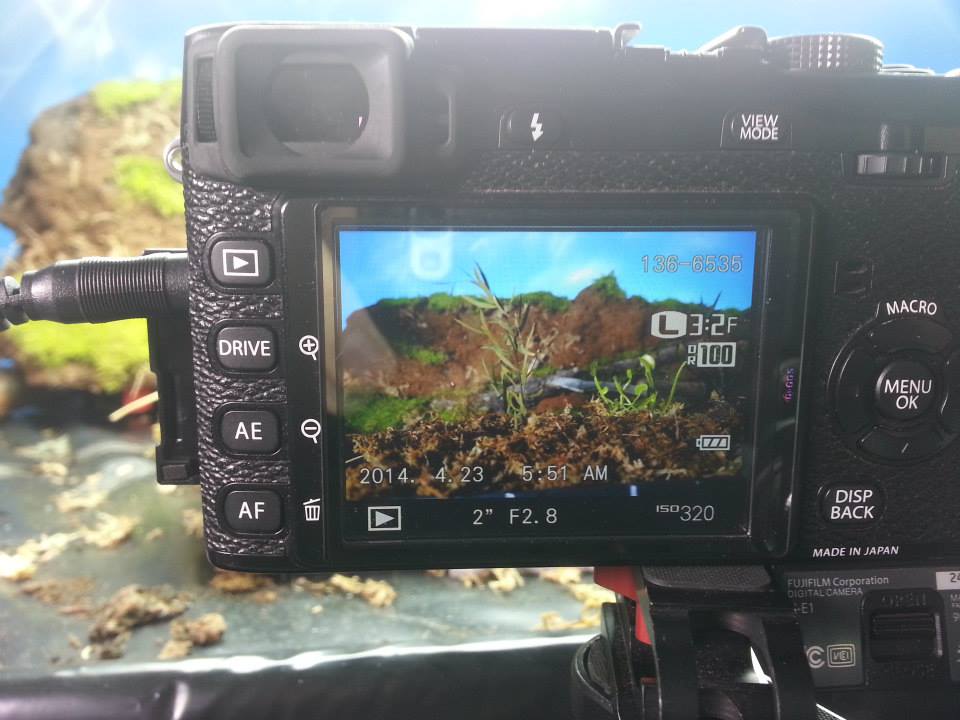 So i shot for several days, this time the plant lived. I kept ti in the sphagnum, bought enough distilled water at walmart people probably thought i was a doomsday prepper.

just a side note, yes, i use walmart ok? it is real close and only 63 cents per gallon of distilled water. and their fake ass moss is cheap too.

Anyway, the plant lived, but it sure did not move too much.

I think the issue was a lack of light. the 4x 4foot tubes are probably not enough unless they are laying on top of the plant.

I just picked up a 600 watt grow lamp though, it certainly charged the plants im growing right now.

So this is about where I am with this stuff I have 4 flytraps in a single pot, a new Sundew plant that is recovering shipping nicely, and some live sphagnum that i am trying to get to grow. I have a Red Dragon flytrap that should be here any day. 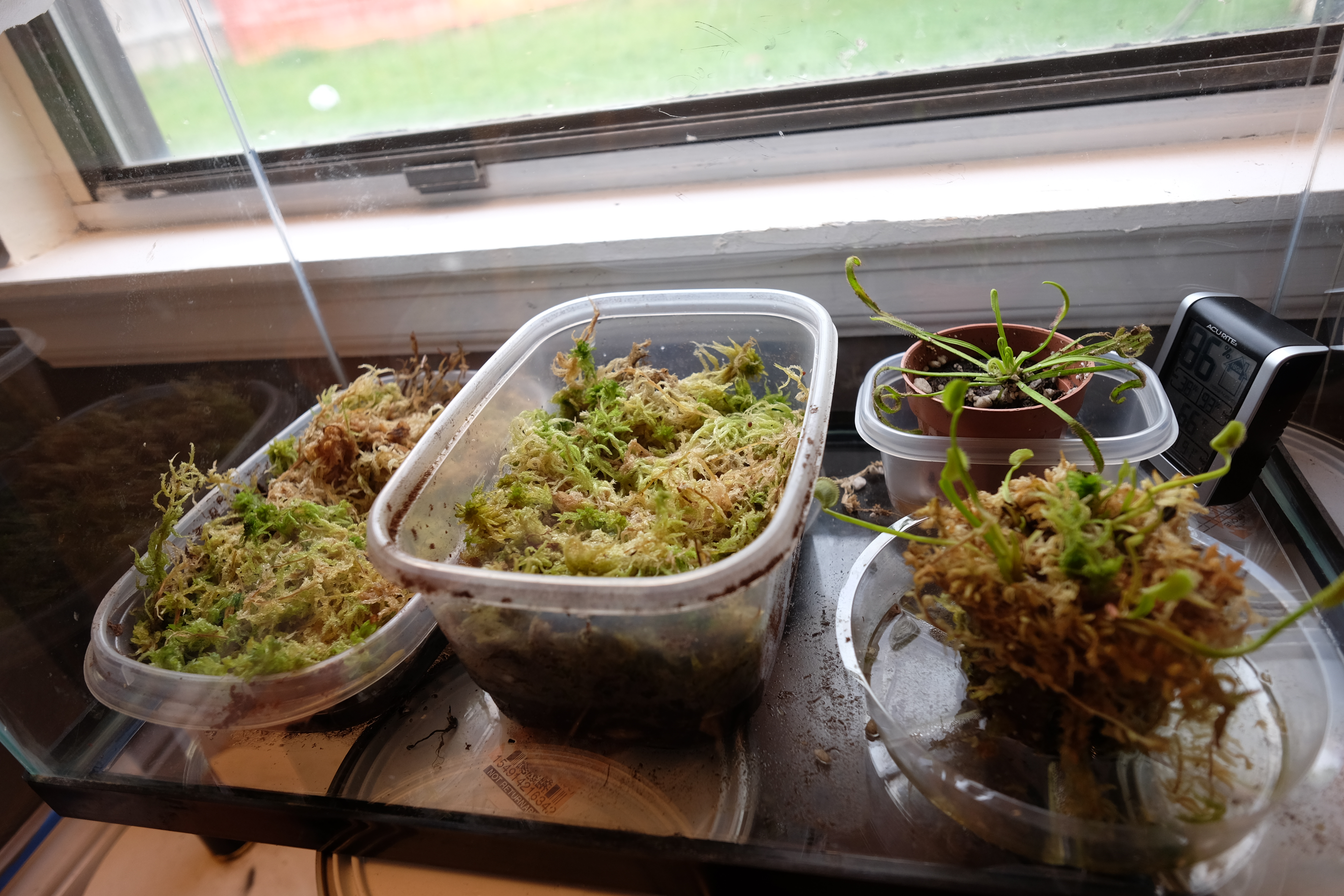 And down stairs i am currently shooting some plants with the new grow light, i cant remember the name of the plants, but im really stoked with how they are going.  A friend from work gave me these plants, she  knows a lot more about botany than i do, and it looks like a good recommendation. Ill find out the name and update it with the results. 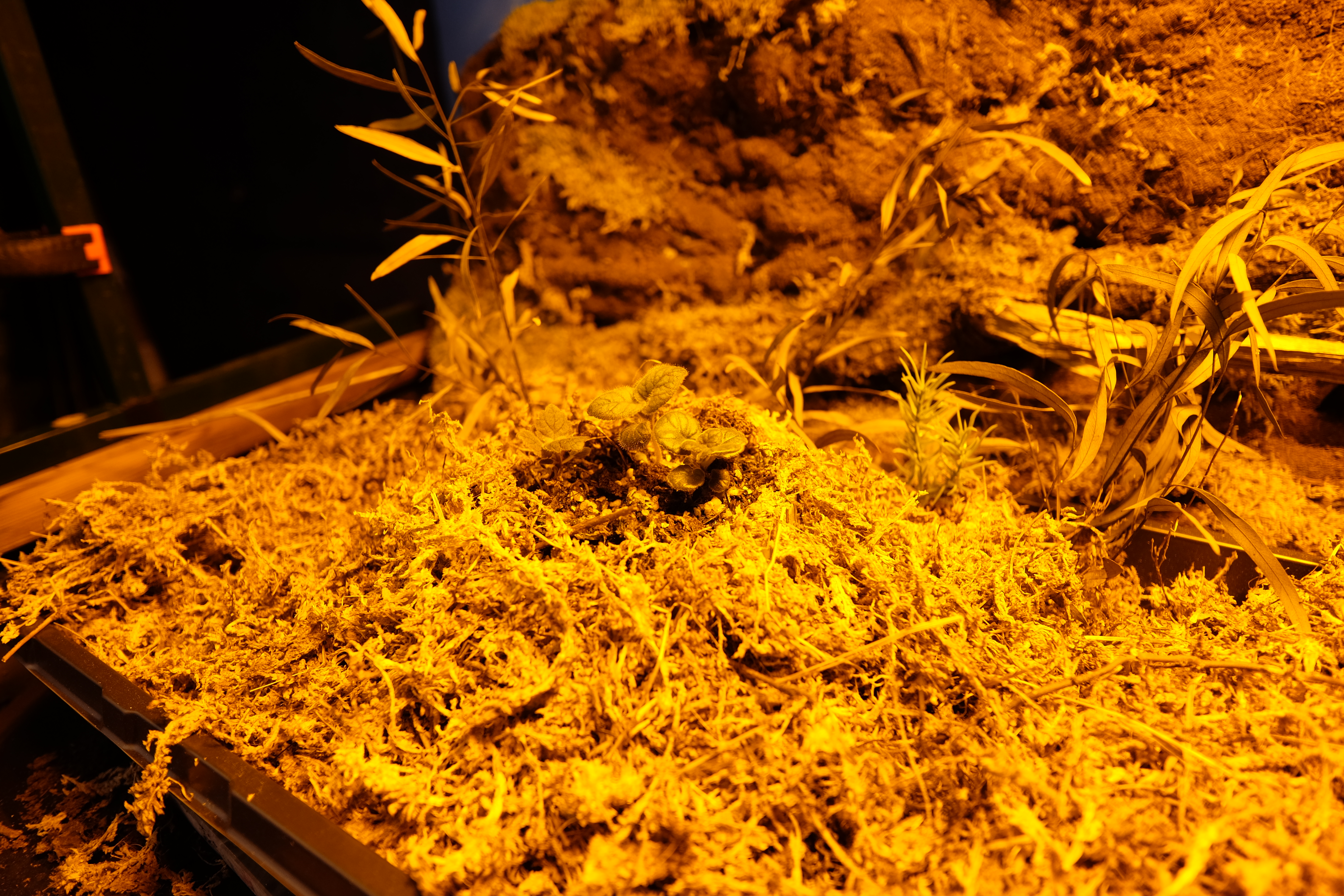 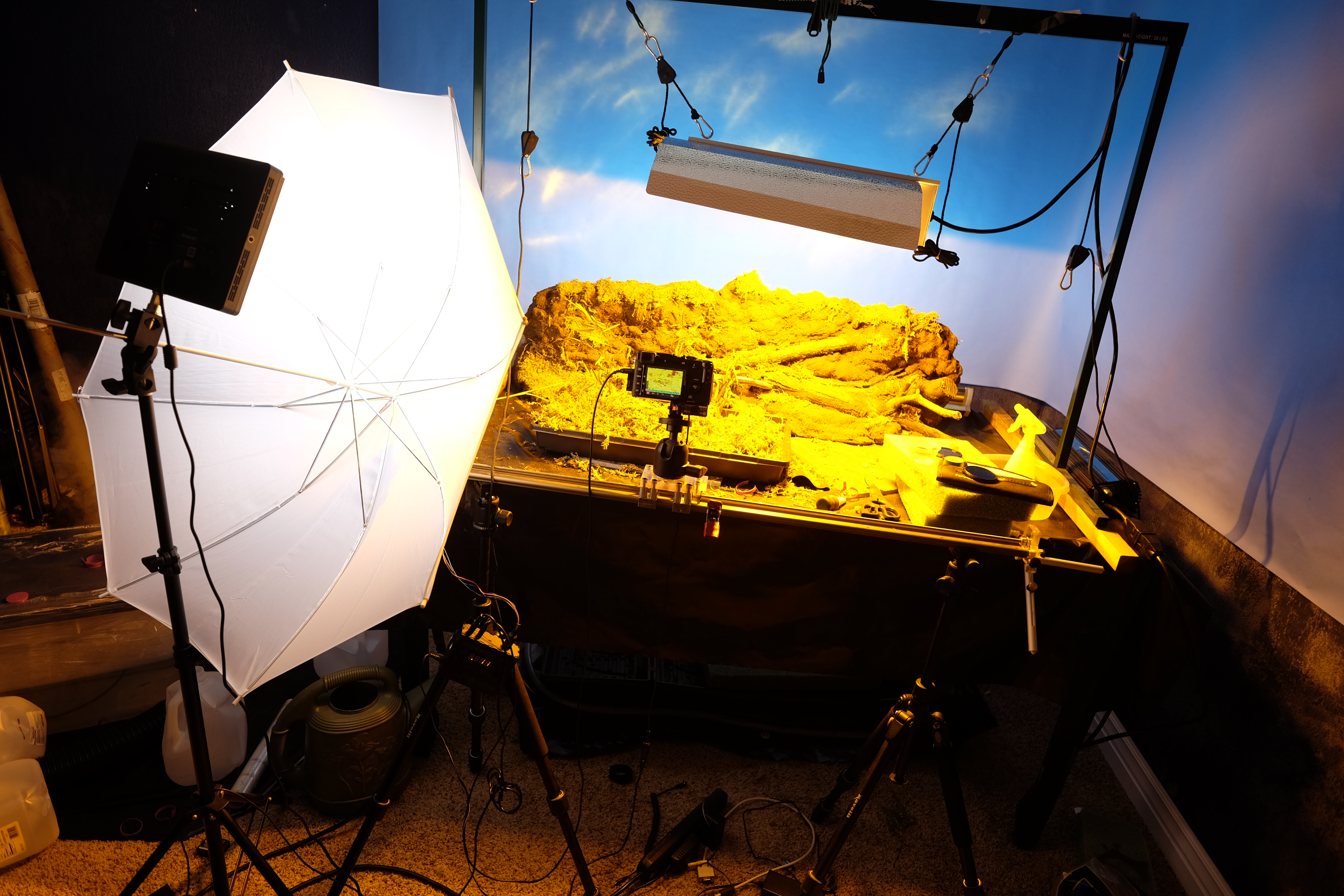